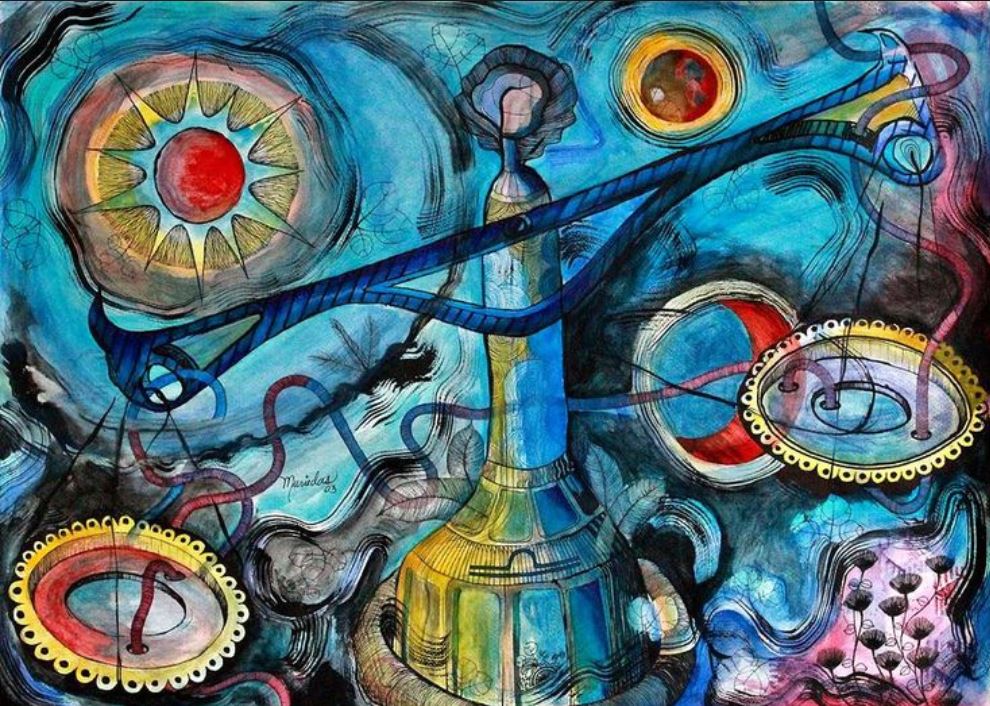 Stephen Hawking passed away last week. When he was diagnosed with ALS at the age of 21, doctors expected him to live only a few more years. He died at the age of 76. According to many he was the smartest scientists since Einstein, and made valuable contributions to theoretical physics and cosmology. What is even more miraculous is that he was able to accomplish all that from his wheelchair with a special device helping him speak and write.

One can’t help but try, rather attempt to try comparing his/her life and accomplishments to Hawking’s, and the result is a lugubrious picture: an average person’s contribution to humanity is only a risible dot or a comma compared to his several hundred-page masterpiece novel. I have to admit that it makes me sad, knowing that he will be remembered for years to come, just like any other famous scientists such as Einstein, Da Vinci, Newton, Gauss and Archimedes and so on, while nearly all of us will be forgotten within 100 years – tops.

Unfortunately, I make this mistake of comparing myself to others – especially when a famous person dies. I just can’t help but envy anyone whose name will be remembered many years after his/her death. Luckily, over time I have managed to come up with a few consolations that sort of subdue my chagrin over the longevity of my fame.

First, these people had extraordinary minds, and they appear once in a few generations. It is obvious that I am or anyone else I know is not that gifted and will never be like that – so it makes me breathe a little bit. But this doesn’t mean that I am not jealous. Why were they chosen and not me? How is this just?

This brings us to my second and more divine consolation – and this is justice served over a long time thing (well, over eternity). Here it is: None of us really matter in this life. Whatever we accomplish, accumulate, contribute are bound to disappear. This is also true for the contributions of the great minds as well. Perhaps not in 100 years or 1,000 or 5,000 years but eventually they will be lost. The known history is barely 10,000 years old. No one knows who did what before then. Take, for example, the geniuses who managed to start a fire, invent the first wheel or cultivate the land… No one knows their names or anything about their lives. Over time everything fades. All is ephemeral. Who knows, in a sufficiently long amount of time, say in 10 million years, we might not be the master species any more. So, I can breathe now.

One might find this habit of mine a bit eccentric. Yet all of us do this. Not similar to the one above but even in a broader context. People tend to compare themselves to others, especially to the ones in the spotlight: actresses, actors, musicians, politicians, wealthy business people… People envy their life styles, their homes, the vacations they take, the public interest, etc. Celebrities aside, people are prone to envy anyone who are well-off monetary wise or in other ways. If your neighbor or friend has a better job, better home, better car, better marriage, better personality, you inadvertently question your position on the success scale. This comparison is as asinine as the one I admitted above. Because success comes in multitude of forms. It is based on not only quantitative but also qualitative measures. Happiness is one qualitative measure, and how much money you accumulate, for example, will not lead to a happier life. The adage “money doesn’t bring happiness” might sound very hard to believe yet been proven by many (See Stumbling on Happiness). Of course it makes things easier but eventually it is not the primary factor on the quality of your life.

Take that public figure you so very much admire for example. This person is known by many, does good work for people, is often quoted in the media, well admired, good family, well off…You wish you could be like him/her. We all fall into that trap of envying them. Trust me it is very probable that the person you admire is also questioning his/her life right now. You very much likely have something that he or she doesn’t have, be it a better marriage, better friends, better childhood, happier life, better genes, etc.

That being said, I am not saying that we should stop comparing ourselves with others. No. We should cease making silly comparisons. I believe it is beneficial to have a good role model. If you think your neighbor or friend has this warm and inviting disposition and you don’t, well try to be like that person. Imitate if you need to. Any quality that can help us improve ourselves should be within that comparison. If you envy your friend’s relationship with her kids, stop envying and start trying to be just like that. Those are good qualities. But if you envy her house, then it is just silly.

Then again, one can use the similar argument I used earlier and say that “all is ephemeral” and whatever we do in life does not really matter. That’s true and I stand by that. Then what do we do? Nothing? This rant is kind of converging into the topic of what our aim should be in life, so I should stop here since different philosophies have different answers for that. At this point in my life I believe that our ultimate objective should be to be content with who we are, and doing the best we can with what we are granted. Being a simple man with a simple life with simple desires… almost ascetic. That’s the best I can hope for.

Tags accomplishments, all is ephemeral, blog, comparing yourself to others, envy, happiness, human, jealousy, meaning of life, Scientist, Self Improvement, Stephen Hawking, success

1 Reply on “The Comparison Trap”